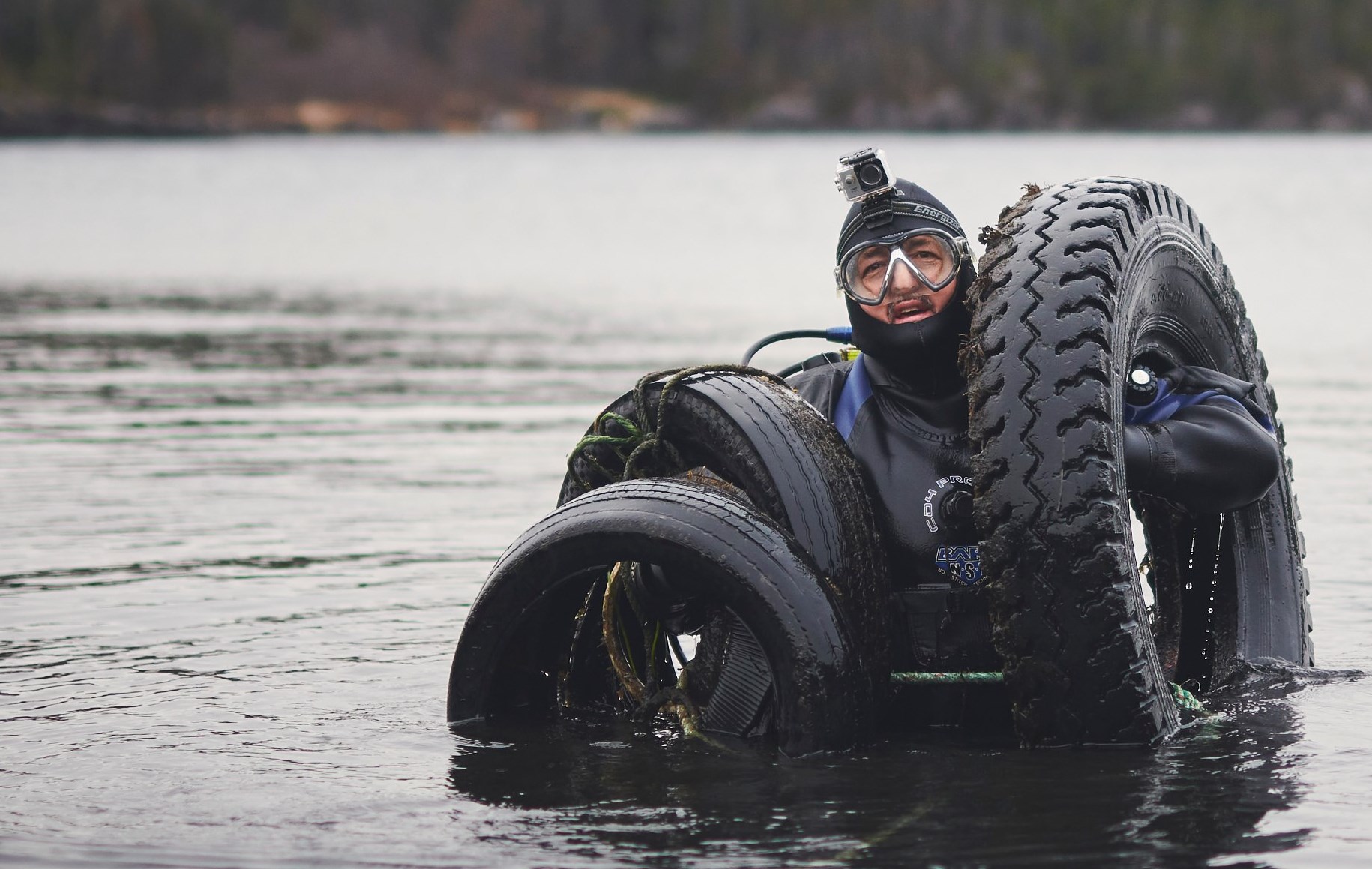 Take part to protect our oceans!

Take part to protect our oceans!

After 21 years as a commercial sea urchin diver, Shawn Bath grew increasingly troubled by the amount of trash he saw littering the bottoms of Newfoundland harbours. In July 2018, he decided to do something about it. Since creating Clean Harbours Initiative, Shawn has devoted his passion and energy to cleaning the harbours around Newfoundland, with a goal of removing 100,000 tires and 10,000 ghost nets, and 1,000,000 lbs of ocean trash.

To date, Shawn has conducted over 50 harbour clean-ups, removing the equivalent of 1750 car tires, dozens of ghost nets, and an estimated 50,000 lbs of ocean trash. He also works to educate the public about threats to our ocean environment posed by marine plastics and abandoned and lost and discarded fishing gear – also known as “ghost gear”.

Ghost gear includes nets, traps, and line that enter the marine environment either intentionally and unintentionally, and has direct and indirect negative impacts on marine ecosystems. In addition to the financial loss incurred by fishermen, this “forever fishing” threatens aquatic animals through the continued entrapment of target and non-target species, including fish, birds, turtles, and marine mammals.

Plastic debris breaks down in the ocean environment and also poses a hazard to fish, seabirds, and marine mammals, as ingestion can be lethal.

In 2020, Shawn was the recipient of the Canadian Wildlife Federation’s Stan Hodgkiss Outdoorsperson of the Year Award.

What a day! We have started back up once again in Rose Blanche. The ghost gear in these waters is just never ending! After a long day at least we [...]

We at Clean Harbours Initiative want to take a moment to give thanks! MMSB (Multi-Materials Stewardship Board) has provided us with grant money that is needed to continue our work [...]

Day 1 videos of our Rose Blanche clean up are up!

Our previous article went into some detail on our clean up in Rose Blanche, but we would also like to share with you videos of the process! Part 1 https://youtu.be/5mJHeWv-xI4 [...]